Legacy of the Memories

War veterans Yoo and Davis are living in similar ways after the war. Pieces of memory have overwhelmed their lives. Director looks at how the legacy of memory still dominates them.

Born in Namwon, Jeonbuk. M.A. from Yewon Arts University Graduate School of Culture Business Entrepreneurship. Directed Memories of Wales(2014), TV documentaries broadcast on S4C. His feature debut film is Tears of the Bugs(2016). Legacy of the Memories(2017) is his second film. 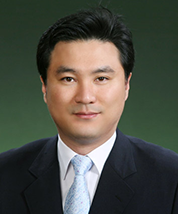 After directing <i>Begging Island: Let It Be</i> (2014), he co-directed the trilogy documentary with Jeong Heedo.