Nick has settled into a safe existence in a small pocket of Brooklyn. Soon, Naomi arrives from Australia and her presence upsets the unpleasant balance holding the house members together. 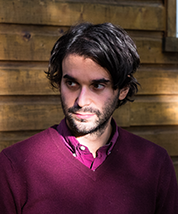 A 16mm film shot on a budget, Alex Ross Perry’s debut film <i>Impolex</i> (2009) traces a soldier wandering in a European forest during the end of World War II. His first film at Jeonju IFF, <i>The Color Wheel</i> (2011), was about a rowdy couple pinched with autism and loneliness. Since then, the whole of his films from <i>Listen Up Philip</i> (2014) to his latest <i>Her Smell</i> have been introduced at Jeonju IFF. With the actress Elisabeth Moss as his persona, Perry prefers the dusty texture of analog film in the vein of the New York Indie films. His films arouse empathy through lively characters blurting cerebral and entertaining dialogue. As he mentioned in his interview with “Sense of Cinema,” his films are about “lonely people, specifically lonely people going through the worst time in their lives.” His magnum opus, <i>Her Smell</i>, will be screened at this year’s festival.