A mysterious group of high school girls begins attacking men at random. After the disappearance of Haruko, these two series of incidents overlap. Is this Haruko’s plot? 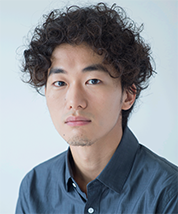